Why Multifamily Housing Will Dominate the Future of Real Estate 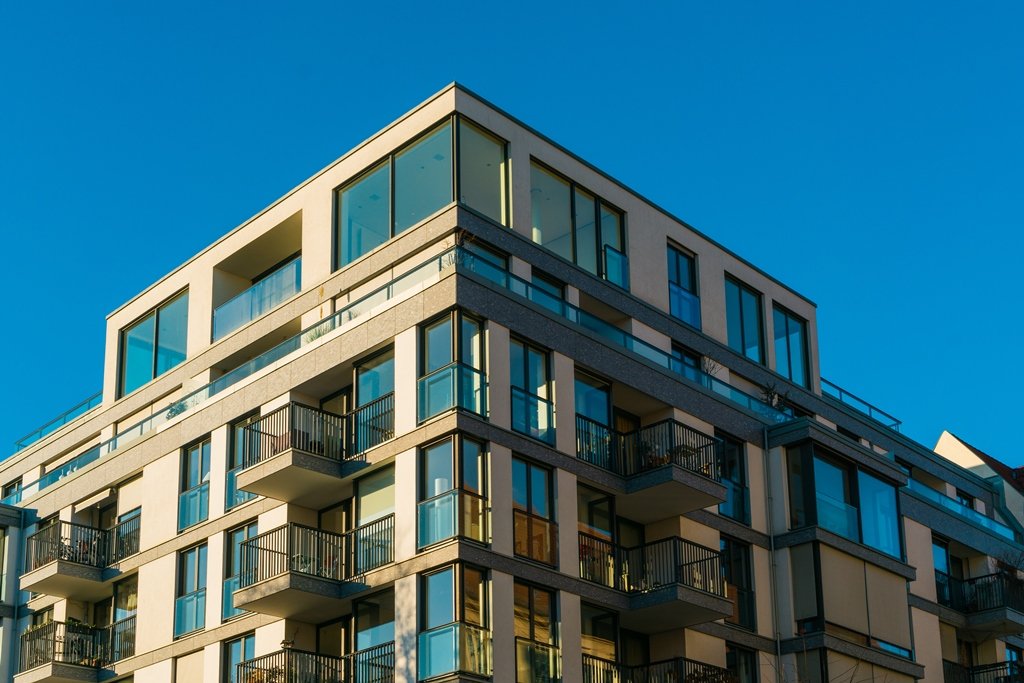 One of the most ambitious multifamily housing developments of its time was Stuyvesant Town/Peter Cooper Village in New York City. The red brick apartment buildings were situated in diamond-shaped clusters so that each building had access to a small park with trees, jungle gyms, and benches. The planning of the 11,250-unit development, marketed to World War II veterans who were starting families, threw out the rulebook that stated apartment complexes couldn’t exist within green spaces.

This multifamily complex has continued to inspire urban planners to re-think the traditional apartment building. Today a new generation is just as optimistic about trends that indicate that the technological innovations that have transformed the way Americans communicate, work, and travel will also change the places they call home.

A new report, Real Trends: The Future of Real Estate in the United States, points to an exciting era of advanced multifamily housing, a renaissance in once-abandoned urban cores, and untapped opportunities for construction companies, real estate investors, and urban planners. The report is a study of peer-reviewed articles conducted by the MIT Center for Real Estate and the Urban Economics Lab and is sponsored by Capital One.

A period of technological innovation in the real estate market will be the direct result of the demand created by a steadily growing American population. And immigration will be the catalyst that sustains this population boom: U.S. Census projections indicate that although 157 million babies will be born to native-born mothers through 2040, that number won’t offset the 162 million Americans who will die during the same period. Thanks to a projected 64 million immigrants and 40 million babies born to them through 2040, America will have a net population boom.

Real estate planners and home builders are anticipating these demographics with plans for new multifamily dwellings in once-vibrant cities that suffered when large portions of their populations moved to suburbs and exurbs. Expect the downtown neighborhoods of cities such as Cleveland, Pittsburgh, and Oklahoma City to make dramatic comebacks. And investors are particularly optimistic: they expect that the percentage in population growth that immigrants add to a city will be matched by an equal percentage in the growth of rental rates.

It’s not just urban cores that will experience revivals. Suburban areas, some of which have experienced the sprawl of strip malls and debilitating traffic jams, will become more marketable because of Internet-connected transportation technologies such as self-driving cars and environmentally friendly mass transit systems. Urban planners have shown that suburbs will grow outward from urban cores when residents can more easily access downtown offices and know the length of their commute and the most efficient route to take. But their growth will be predicated on smart connections to transit – doing away with the beltway sprawl that characterized their growth in the 1950s and ‘60s.

Those who rediscover the advantages of city living (no long commutes and proximity to an array of shopping, hospitals and healthcare, and entertainment) will find apartments that have been retrofitted into buildings formerly used as parking garages and factories. Although the units will likely be smaller, so will the average American family, according to the report. New multifamily buildings will also be designed with space-saving innovations like stow-away beds and furniture, as well as maximizing city views.
…

Urban planners and builders in Scandinavia have long been proponents of prefabricated housing. Today, sustainable, weatherproof materials and even three-dimensional printing are helping architects design apartment “pods” that can be efficiently assembled into buildings that utilize the footprints of old parking lots and manufacturing parks. And it’s not just Scandinavians who are using the techniques. For example, some high-profile mixed-use developments in downtown Brooklyn incorporate “pod” design. The result is housing that is high quality yet affordable.

The term “high quality” isn’t just for building materials. The MIT report shows how municipalities can provide free Wi-Fi to all their residents and instantly create a dynamic sharing economy, with residents communicating with each other and with city agencies. The reams of Big Data produced by all those online interactions can provide an ideal environment in which civic concerns are analyzed using predictive analytics. City officials will be able to anticipate the needs of residents well in advance of everything from storms to public festivals.

The report also details the rise of “biophilic” architecture – a trend in real estate that incorporates (or mimics) nature in a housing unit or office space (natural building materials, ample light and fresh air) that creates a sense of well-being and happiness. Combined with external features like more inclusive and flexible zoning regulations, entire city neighborhoods will become home to multifamily dwellings of all levels of socioeconomic backgrounds.

That same trend is behind the multi-purpose, open-floor office designs that many companies are adopting to allow their employees to collaborate and innovate more easily. Open floor plans also minimize unused spaces like large boardrooms because all employees can sign up to use such spaces on a first-come, first-serve basis.
…

Conclusion: Staying Ahead of the Future

Stuyvesant Town/Peter Cooper Village characterized the post-War era by providing innovative multifamily housing to returning veterans and their growing families. But as the decades passed and some urban centers became neglected, many planners and architects predicted the demise of the American city.

No longer. Technological and demographic trends – from new building materials and methods to the rediscovery of urban living – are changing the ways Americans are building and living in their communities. The sharing economy, robotics, Internet of Things, and automation are making the multifamily housing developments of the near future as desirable as single-dwelling homes were in mid-century America. This transformation of real estate across the country presents investors with many exciting opportunities.

To be sure, some of the technological advances will be disruptive. That’s why the new report commissioned by Capital One, Real Trends: The Future of Real Estate in the United States, is a must-read blueprint for those investors who want to be prepared for and best leverage the significant changes that are beginning to reshape the American landscape.

Real Estate Syndication Investing 101: An Intro To Syndication Deals and How They Work
March 28, 2020

This site uses Akismet to reduce spam. Learn how your comment data is processed.

< BACK TO ALL ARTICLES